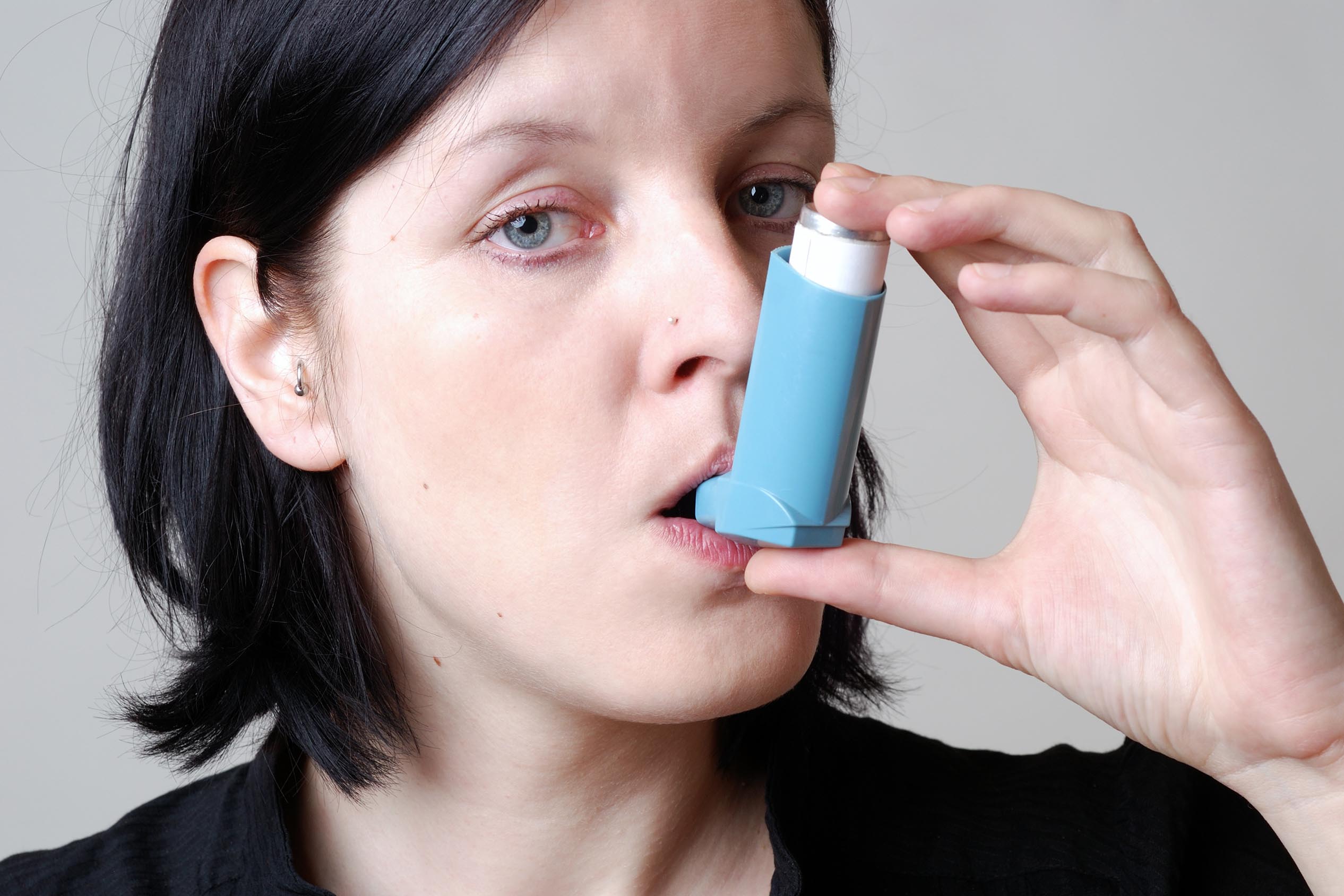 Asthma is a chronic lung disease, which affects the airways. The disease causes inflammation in the airways, leading to breathing difficulty. Asthma attacks may be described as mild, moderate and severe, which may also be life-threatening. Asthma may be a challenge for an individual with the condition. Various advances have occurred, which has brought many changes in the management of the disease. Numerous researches have been conducted to promote the improvement of quality of life among patients with asthma. Self-management behavior helps in symptom prevention, monitoring, management, and communication. The implementation of an active self-management behavior requires social support or opportunities at their workplaces to obtain appropriate control over the disease during work. Various studies have observed that most of the employees are reluctant to inform about their health condition to their superiors, as they believed that it will affect their performance and they may be considered professionally incompetent. At the workplace, appropriate support is believed to prevent symptoms, manage symptoms and self-disclosure. Technical support and structural support were observed to avoid triggers (Heinrichs, Vu-Eickmann, Hummel, Gholami, & Loerbroks, 2018).

According to recent research conducted in Karolinska Institute. It used a sensitive technique, known as single-cell RNA sequencing. It was conducted to analyze the type of genes that are active in the individual T cells. Mice were exposed to the dust of termites, as it is the most common reason for allergy at home. It was observed that various reactions took place in the T cells of the mice. On administering a drug to block fat metabolism, the lung inflammation showed a reduction. Thus, the results suggested that fats aggravate the condition of asthma. Followed by this research, the Institutet plans to explore the various triggers of the disease and the methods to control them. This would be a great achievement in preventing the occurrence of the disease (Hogan, Rastogi, & Rinke, 2018).

Research studies have been conducted to explore the association of allergic rhinitis with asthma. It has been observed that allergic rhinitis and asthma often exist together. The common symptoms include inflammation of the airways, genetic backgrounds, similar triggers, viral infections, cold air, pollution and dust. Both the conditions undergo similar inflammation pattern. Studies reveal that controlling allergic rhinitis reduces the symptoms of asthma and decreases exacerbation and hospitalizations. Though H1-antihistamines are used to treat the the symptoms of allergic rhinitis, it is not recommended by the Allergic Rhinitis and its Impact on Asthma (ARIA) guidelines for the management of asthma. But, evidences suggest that H1-antihistamine administration delay asthma development among high risk infants. It also has beneficial effects on asthma, it administered to treat allergic rhinitis. Studies also suggested that administration of 5 mg loratadine and 120 mg pseudoephedrine twice daily, improved asthma symptoms and pulmonary function. Further, 20 mg loratadine and 10 mg montelukast daily shows better control over asthma and allergic rhinitis(Tiotiu et al., 2018).

Inhaled corticosteroids (ICS) are the most effective management of asthma. The use of inhaled corticosteroids help in symptom control and management, improve the quality of life, function of the lung, risk of exacerbation, and mortality due to asthma. Systemic corticosteroids are more effective than ICS, but are prescribed by physicians to a lesser extent due to its various side-effects. It is mostly recommended for patients who can avail more benefits than harm.  Beta-2 adrenegics help in dilation of the bronchus smooth muscle. Long acting beta 2 adrenergics is recommended along with ICS, in a single dose.  The ICS promotes gene transcription of beta-2 receptors and protects the down regulation of the receptor. The long acting beta 2 adrenergics enhance the inflammatory process of ICS(Kim, Song, & Cho, 2016).

The current management of asthma includes high doses of corticosteroids, such as prednisone. This drug is used to control exacerbations. It has various side-effects due to its continuous usage. Various research studies have stated that an antibody, known as dupilumab has been effective in managing the symptoms of asthma and treating the condition. Dupilumab is an  anti-interleukin-4 receptor α monoclonal antibody that blocks both interleukin-4 and interleukin-13 signaling. Studies reveal that dupilumab increased lung function and even after withdrawl, it acts as inhibitors of lung inflammation. Dr. Nair’s previous work published in the New England Journal of Medicine in 2009 and in 2017, states that according to the research work conducted by Dr. Nair, which stated that blocking the protein, interleukin-5, allowed patients with high eosinophil levels in their blood and airways to reduce their corticosteroid dose. Dupilumab showed effective results in controlling the exacerbation of asthma to prevent exacerbationsn dspite increase in the eosinophil count. The eosinophils are the white blood cells, which produce interleukins, that is responsible for severe asthma trigger or the causes of asthma, leading to a highly serious condition (Rabe et al., 2018).

Clinicalresearchtech.com is a blog dedicated to spreading the latest news and trends in the clinical research community. Our main focus is to cover how technological advancements are disrupting the industry.